The Social Impact of the Visual Media Explosion

From 1880 to 1920, the first truly national visual culture developed in the United States as a result of the completion of the Pacific Railroad. Women, especially young and beautiful ones, found new lives shaped by their participation in that visual culture. This rapidly evolving age left behind the “cult of domesticity” that reigned in the nineteenth century to give rise to new “types” of women based on a single feature—a type of hair, skin, dress, or prop—including the Gibson Girl, the sob sister, the stunt girl, the hoochy-coochy dancer, and the bearded lady. Exploring both high and low culture, from the circus and film to newspapers and magazines, this work examines depictions of women at the dawn of “mass media,” depictions that would remain influential throughout the twentieth century.

Katherine H. Adams is a professor emerita of the Department of English at Loyola University New Orleans.

Michael L. Keene is a professor emeritus of English at the University of Tennessee Knoxville.

Jennifer C. Koella lectures at the University of Tennessee, Knoxville.

5. The (Comedic) Victim of Violence: The Constantly Imperiled Pauline      113 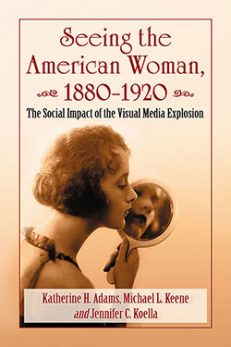