A Critical Approach to Film and Television Violence

Civilization seems to move ever more toward the power of words over weapons. But many people, especially Americans, still believe wrongs in life can be righted with a fist or a gun or a bomb. Cultural mythology lags reality and continues to send the message of regeneration through violence. But the transition to a healthier mythology is already underway and can be seen in the strength of an alternative trend in depictions of violence in storytelling.
This book examines this trend by comparing examples drawn from film and television with the traditional popular dramatic approach—reflecting and promoting a culture of violence. This comparison shows that attitudes toward conflict in drama are a key indicator of a shift in awareness of violence in society. The book concludes with an account of increasing challenges confronting the individual in today’s world and the necessity for individual producers and consumers to take greater responsibility for their choices—which shape culture through omnipresent and profoundly influential screen technology.

Gregory Desilet has spent more than two decades researching and writing on communication and rhetorical theory, language philosophy, and various media and cultural phenomena as these relate to conflict, violence, and community formation. He lives in Santa Fe, New Mexico.

Part I: Violence in Popular Film—Doing It Wrong and Doing It Right

1. Django Unchained: How Not to Do Screen Violence 24

2. From Taxi Driver to The Brave One: What Have We Learned? 39

3. The Dark Knight and a Dark Night in Aurora 50

4. No Country for Old Men: A Violent Look at Violence 61

6. Merry Christmas, Mr. Lawrence: The Ordeal of Loving Your Enemy 82

7. Shutter Island: The Ordeal of Loving Your Enemy, Take Two 93

8. Memoirs of a Geisha: Melodrama or Tragic Drama? 101 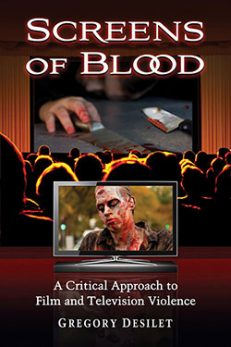