With her striking looks, the raven-haired, dark eyed Ruth Roman had an air of sophistication that made her seem sexy yet wholesome. She had to strive harder than most to establish herself as a leading actress in Hollywood during its glory years and finally broke through in 1949 with her role in Champion. As one of the last Warner Bros. contract players, she appeared in Alfred Hitchcock’s classic Strangers on a Train. Seen at her best in strong parts, such as the ambitious Ronda Castle in Anthony Mann’s The Far Country or as a modern-day Lady Macbeth, she enjoyed a varied career as a freelancer before re-inventing herself as a character actress of note on television. A remarkable return to the screen in the bizarre psycho-horror The Baby (1973) assured her of cult status. This is the first book dedicated to a committed but often undervalued actress who is fondly remembered by fans of classic film. More than a biography, it seeks to contextualize the actress within her own time, illuminate her Hollywood experience and celebrate her extensive career.

Derek Sculthorpe, an archives assistant and researcher, has written plays, short stories and articles. He lives in Leeds, Yorkshire. 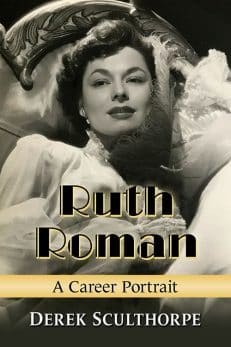