Fatty Arbuckle’s career came to a sudden halt amidst allegations that he raped and caused the death of a young starlet named Virginia Rappe. Though he was acquitted, the comedian, who was at one time second in popularity only to Charlie Chaplin, was ruined.
Interviews with many of Arbuckle’s contemporaries (including Minta Durfee, his first wife) and extensive research inform this serious study of the once-fabled comedian. His early days in the Keystone comedies and his relationship with Chaplin are recounted. The details of the Rappe trial and his life afterwards are also provided.

The late Stuart Oderman was an internationally acclaimed silent film pianist. He lived in New Jersey.

“[a] fascinating biography…an invaluable and thorough historical perspective…highly recommended”—Choice; “a good read that will satisfy any fan of these early movie stars”—Sullivan County Democrat; “fascinating first-hand accounts…vividly captures the personal side of the people in the world of early film comedy”—Past Times. 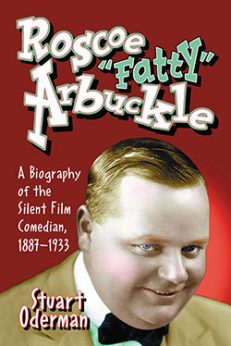