Modern Romanian filmmaking has received wide international recognition. From 2001 to 2011, promising young filmmakers have been embraced as important members of European cinema. The country developed a new fervor for filmmaking and a dozen new movies have received international awards and recognition from some of the most important critics worldwide. This development, sometimes called “New Wave cinema,” is fully explored in this book.
By using a comparative approach and searching for similarities among cinematic styles and trends, the study reveals that the young Romanian directors are part of a larger, European, way of filmmaking. The discussion moves from specific themes, motifs and narratives to the philosophy of a whole generation, such as Cristi Puiu, Cristian Mungiu, Radu Muntean, Corneliu Porumboiu, Tudor Giurgiu, and others.

Doru Pop is an associate professor at Babes Bolyai University in Cluj, Romania, and the author of several books on media, television and cinema studies. He recently taught a course on the Romanian and European New Wave cinema at the Bard College in New York. 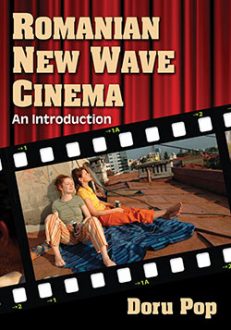