Afterlife in the Age of Matter

This book explores conceptions of the soul and the afterlife that are consistent with the findings of modern science. It approaches these subjects from many different angles: religious, philosophical, scientific, poetic, humorous, quasi-scientific, and even pseudoscientific (just to be fair). Many possible afterlives are examined, including physical resurrection (whether supernatural, biological or cybernetic in form), reincarnation, participation in a dream-like world or collective mind, and the persistence of recycling centers of pure consciousness. Philosophical, scientific and religious doctrines regarding the relationship between conscious minds and physical matter are reviewed.

Centers of consciousness likely exist at many different hierarchical levels, from elementary particles, single neurons and organisms all the way up to supra-individual entities such as ant colonies or deities. Empirical evidence bearing on the nature of the soul and the afterlife is also reviewed, including that amassed by parapsychologists suggesting that some personality elements may survive death (as in the case of children who report memories of previous lives). The findings of modern neuroscience suggest that you cannot take it all (or even much of it) with you but you can at least take you with you.

Mathematical psychologist Douglas M. Stokes is a former associate editor of the Journal of Parapsychology and has contributed to various journals and publications on the subject. He lives in Ann Arbor, Michigan.

5. The Question of Psi Phenomena 81 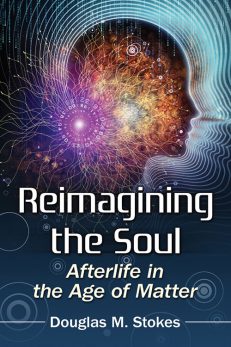 You're viewing: Reimagining the Soul $19.99
Add to cart