This book highlights detection’s malleability by analyzing the works of particular groups of authors from specific time periods written in response to other texts.
It traces the roles that gender, race and empire have played in American detective fiction from Edgar Allan Poe’s works through the myriad variations upon them published before 1920 to hard-boiled fiction (the origins of which derive in part from turn-of-the-20th-century notions about gender, race and nationality), and it concludes with a discussion of contemporary mystery series with inner-city settings that address black male and female heroism.

John Cullen Gruesser is a professor of English at Kean University and has published broadly on detective fiction. 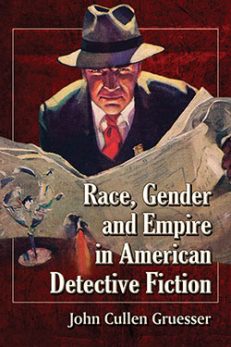 You're viewing: Race, Gender and Empire in American Detective Fiction $49.95
Add to cart