A Geographical and Historical Survey

The harbor connects New York to the Hudson and then to the rest of the United States. Over the years, the harbor has been home to transatlantic passenger ships, cargo transports, island ferries and tugboats. The harbor is one of the largest in the world, in size as well as diversity. Providing one of the few natural ports along the unbroken beaches of the East Coast, New York Harbor has given year-round shelter and inland access to America’s shipping vessels for more than 200 years.
This work provides a detailed look at the history, physical characteristics and ever-changing role of New York Harbor from its 1800s heyday to the more leisurely, quiet port of recent years. It describes the technical aspects and geographical features of America’s best-known harbor. Groups instrumental in the development and operation of the port—including the Port Authority, the Coast Guard and the Sandy Hook Pilots—are also discussed. Special emphasis is placed on environmental issues confronting the region, including the ever-present threat of pollution and the desire for recreational use of the waterway. The book contains facts about the harbor. It supports suggestions of ways to meet the challenge that New York Harbor faces. Additional topics include the dredging of Ambrose Channel, the Black Tom explosion, World War II, the World Trade Center attacks and the historical impacts these events had on the harbor, and possible plans for the port.

The late Arthur D. Kellner was an Industrial psychologist in New Jersey.

1. The Port from a Physical Perspective

The Rise of Community Organizations      131


4. Major Events in the Harbor’s History

5. Conclusions: A History and Future of Constant Change 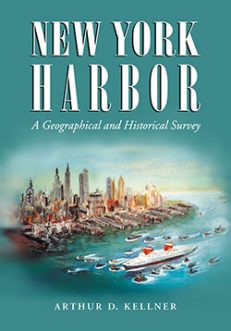