This work offers a theoretical introduction to the portrayal of medievalism in popular film. Employing the techniques of film criticism and theory, it moves beyond the simple identification of error toward a poetics of this type of film, sensitive to both cinema history and to the role these films play in constructing what the author terms the “medieval imaginary.”

The opening two chapters introduce the rapidly burgeoning field of medieval film studies, viewed through the lenses of Lacanian psychoanalysis and the Deleuzian philosophy of the time-image. The first chapter explores how a vast array of films (including both auteur cinema and popular movies) contributes to the modern vision of life in the Middle Ages, while the second is concerned with how time itself functions in cinematic representations of the medieval. The remaining five chapters offer detailed considerations of specific examples of representations of medievalism in recent films, including First Knight, A Knight’s Tale, The Messenger: The Story of Joan of Arc, Kingdom of Heaven, King Arthur, Night Watch, and The Da Vinci Code. The book also surveys important benchmarks in the development of Deleuze’s time-image, from classic examples like Bergman’s The Seventh Seal and Kurosawa’s Kagemusha through contemporary popular cinema, in order to trace how movie medievalism constructs images of the multivalence of time in memory and representation.
Instructors considering this book for use in a course may request an examination copy here.

Nickolas Haydock is professor of English at the University of Puerto Rico, Mayaguez. In addition to movie medievalism and film, he also writes about medieval Scots literature.

Part One: An Introduction to Movie Medievalism      3

3. The Waywardness of Cinematic Pastiche in First Knight and A Knight’s Tale      81

5. Theaters of War: Paracinematic Returns to the Kingdom of Heaven      134 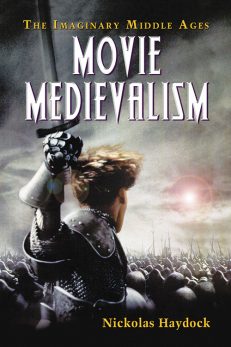