Combining elements of medievalism, the historical novel and the detective narrative, medieval crime fiction capitalizes upon the appeal of all three—the most famous examples being Umberto Eco’s The Name of the Rose (one of the best-selling books ever published) and Ellis Peters’ endearing Brother Cadfael series. Hundreds of other novels and series fill out the genre, in settings ranging from the so-called Celtic Enlightenment in seventh-century Ireland to the ruthless Inquisition in fourteenth-century France to the mean streets of medieval London. The detectives are an eclectic group, including weary ex-crusaders, former Knights Templar, enterprising monks and nuns, and historical poets such as Geoffrey Chaucer. This book investigates the enduring popularity of the largely unexamined genre and explores its social, cultural and political contexts.

Anne McKendry is a Research Associate at the University of Melbourne. She has published on medieval literature and medievalist popular culture. 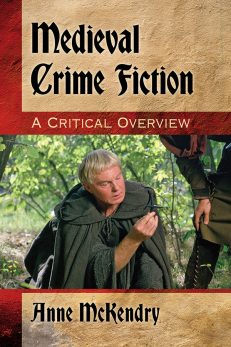