A History and Filmography of His Studio and His Keystone and Mack Sennett Comedies, with Biographies of Players and Personnel

This is a comprehensive career study and filmography of Mack Sennett, cofounder of Keystone Studios, home of the Keystone Kops and other vehicles that showcased his innovative slapstick comedy. The filmography covers the more than 1,000 films Sennett produced, directed, wrote or appeared in between 1908 and 1955, including casts, credits, synopses, production and release dates, locations, cross-references of remade stories and gags, footage excerpted in compilations, identification of prints existing in archives, and other information. The book, featuring 280 photographs, also contains biographies of several hundred performers and technical personnel connected with Sennett.

Brent E. Walker is a web developer and historian who has contributed to numerous film publications, DVD commentaries, and Turner Classic Movies. He lives in Long Beach, California. 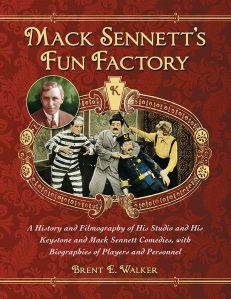