Louis XVI and the French Revolution

Louis XVI was a gentle and unassuming man who did not want to be king but attempted to work for the welfare of his people—until his government was engulfed by the violent upheavals of the French Revolution. Facing the rapidly changing desires of his subjects, he gave way to the policies they demanded. Few rulers have acquiesced to such startling changes of government within such a brief span of time.
Louis XVI lacked the charisma of Marie Antoinette, but he is remarkable for the courage he exhibited when facing violent armed men only a few feet away. The quiet dignity with which he approached his execution has been praised by countless people, including Albert Camus and Victor Hugo. This biography traces the painfully exciting events involving Louis XVI, Marie Antoinette and their two children. The royal family was first taken by a violent mob from Versailles to Paris. They attempted an escape but it failed when they had almost reached safety. A year later the king and queen were guillotined.

14. Civil Constitution of the Clergy 97

16. Final Steps Toward a Constitutional Monarchy 115

17. Acceptance of the Constitution 121

18. Invasion of the Tuileries Palace 129

19. Attacks by Austrian and Prussian Forces 136 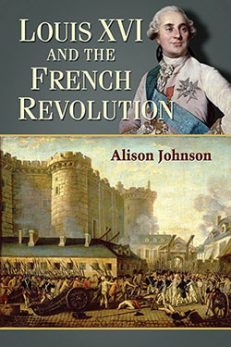 You're viewing: Louis XVI and the French Revolution $29.95
Add to cart