The Rescue of Confederate Prisoners That Never Happened

In July 1864, while hemmed in by Grant at Richmond, General Robert E. Lee conceived a bold plan designed not only to relieve Lynchburg and protect the Confederate supply line but also to ultimately make a bold move on Washington itself. A major facet of this plan, with the addition of General Jubal Early’s forces, became the rescue of the almost 15,000 Confederate prisoners at Point Lookout, a large Union prison camp at the confluence of the Potomac River and Chesapeake Bay. With international recognition hanging in the balance for the Confederacy, the failure of Lee’s plan saved the Union and ultimately changed the course of the war.
This work focuses on the many factors that contributed to this eventual failure, including Early’s somewhat inexplicable hesitancy, a significant loss of time for Confederate troops en route, and aggressive defensive action by Union General Lew Wallace. It also discusses various circumstances such as Washington’s stripped defenses, the potential release of imprisoned Southern troops and a breakdown of Union military intelligence that made Lee’s gamble a brilliant, well-founded strategy.

Retired attorney Jack E. Schairer lives near Madison, Wisconsin. In addition to professional articles, his previous work includes a novel and a book of poetry.

5. General Hunter Fails to Move in the Shenandoah Valley as Directed      36

14. Washington’s Defenses Depleted by Removal of Troops to Maryland Heights      126

15. Seaborne Attack on Point Lookout in Conjunction with Early’s Forces Called Off      130

28. Actions at the Blair Mansions a Minor Factor in Early’s Failure to Enter Washington      200

32. Foreign Recognition of the Confederacy and Lincoln’s Problematic Reelection      213 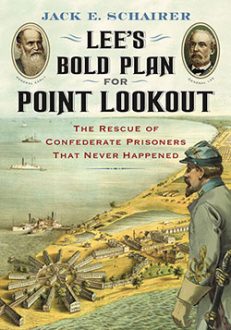