Is There Life After Death?

An Examination of the Empirical Evidence

People have believed in the existence of life after death throughout human history and in all regions of the world. Mere belief, however, does not make it true. What is the empirical evidence for life after death? Has any significant research been conducted, and if so, what conclusions does it suggest? In fact there exists a large body of research on topics relevant to the question of life after death. This book objectively examines that research, drawing together the observations of social science regarding such phenomena as reincarnation, near-death experiences, deathbed visions, cases of possession by dead spirits, and apparitions of the deceased. It considers possibilities including survival of consciousness and survival of personality, and reflects on the logical problems inherent in any model of postmortem survival. An extensive bibliography lists hundreds of studies of life-after-death phenomena.

David Lester is a professor of psychology at the Richard Stockton College of New Jersey. He lives in Felton, Delaware.

PART ONE: VIEWS ON LIFE AFTER DEATH

12. Phenomena That the Theory of Reincarnation Can Explain      141 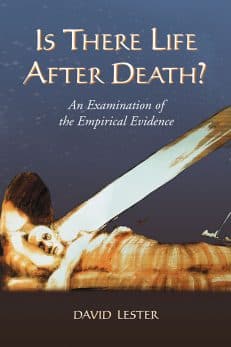