Media Activism, the Integration of the Indians and the Demise of the Negro League Buckeyes

Focusing on the Negro American League Buckeyes, this detailed history describes the effects of major league integration on blackball in Cleveland, as well as the controversial role that the local black press played in the transformation. Included are historical photos, rosters for all Cleveland Negro League teams, and a list of the city’s players in the annual East-West All-Star game.

“Liscio has filled a lacuna in the history of the Negro Leagues with her book…Well documented and researched…a straightforward, chronological approach to the rise and fall of the Cleveland Buckeyes”—Nine. 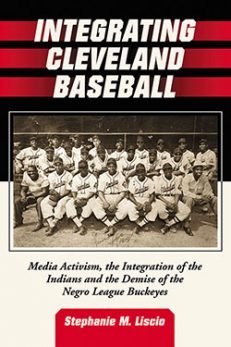