In the Mouth of the Dragon

On his second tour in Vietnam, U.S. Army Captain John Haseman served 18 months as a combat advisor in the Mekong Delta’s Kien Hoa Province. His detailed memoir gives one of the few accounts of a district-level advisor’s experiences at the “point of the spear.” Often the only American going into combat with his South Vietnamese counterparts, Haseman highlights the importance of trust and confidence between advisors and their units and the courage of the men he fought with during the 1972 North Vietnamese summer offensive. Among the last advisors to leave the field, Haseman describes the challenges of supporting his counterparts with fewer and fewer resources, and the emotional conclusion of an advisory mission near the end of the Vietnam War.

Retired Colonel John B. Haseman spent 18 of his 30-year army career in Asia, an interest sparked by his 18-month assignment as a district advisor in the Mekong Delta of South Vietnam. Those months in combat, working with the lowest level of South Vietnamese military forces, formed the basis of his interest in Southeast Asia and determined the course of his later career advancement in assignments in Thailand, Indonesia, and Burma. He is the author or co-author of four books and more than 250 published journal articles about political-military developments in Vietnam, Indonesia, and Thailand. He lives in Grand Junction, Colorado. 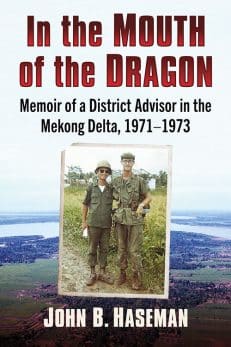