Guerrilla Warfare in the Irish War of Independence, 1919–1921

Tracing the development of the Irish Republican Army following Ireland’s Declaration of Independence, this book focuses on the recruitment, training, and arming of Ireland’s military volunteers and the Army’s subsequent guerrilla campaign against British rule. Beginning with a brief account of the failed Easter Rising, it continues through the resulting military and political reorganizations, the campaign’s various battles, and the eventual truce agreements and signing of the Anglo-Irish Treaty. Other topics include the significance of Irish intelligence and British counter-intelligence efforts; urban warfare and the fight for Dublin; and the role of female soldiers, suffragists, and other women in waging the IRA’s campaign. 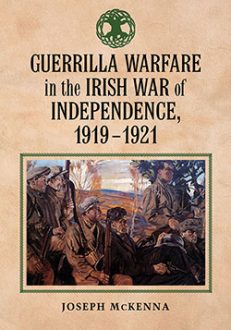