Though Grimm’s Fairy Tales was published about 200 years ago, the revered collection of folk stories remains one of the most iconic pieces of children’s literature and has had significant influence in modern pop culture. This work examines the many ways that recent films have employed archetypal images, themes, symbols, and structural elements that originated in the most well-known Grimm fairy tales. The author draws similarities between the cannibalistic symbolism of the Grimm brothers’ Little Red Cap and the 1991 film The Silence of the Lambs and reveals Faustian parallels between Rumpelstiltskin and the 1968 film Rosemary’s Baby. Each of eight chapters reveals a similar pairing, and film stills and illustrations are featured throughout the work.

Walter Rankin is Deputy Associate Dean and an affiliate associate professor of English and German at George Mason University in Fairfax, Virginia. He lives in Broadlands, Virginia.

From the Black Forest to the Hollywood Hills      11

1. The Path of Beast Resistance

2. A Rose by Any Other Name

3. The Hand That Hawks the Cradle

4. The Object of My Reflection

5. Mother of the Pride

6. The Devil in the Details

7. Off the Eaten Path

The Writhing on the Wall 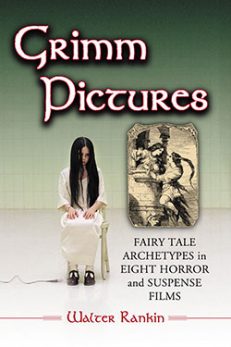