This book examines 24 crime novelists who set their work in the Sunshine State. From James W. Hall’s Under Cover of Daylight in the Florida Keys, to Barbara Parker’s Suspicion of Betrayal in Miami to Tim Dorsey’s Florida Roadkill at Cape Canaveral and Tampa, these writers and their works span all of Florida’s 67 counties. A biographical sketch of each author precedes an interview by a critic who has immersed him- or herself in the novelist’s works, producing interview-essays of noteworthy perception and insight.

The late Steve Glassman was a professor of humanities at Embry-Riddle University in Daytona Beach, Florida. 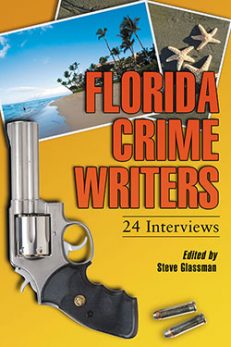