An Annotated Discography of Artists from West Africa, the Caribbean and the Eastern and Southern United States, 1901–1943

Traditional African musical forms have long been accepted as fundamental to the emergence of blues and jazz. Yet there has been little effort at compiling recorded evidence to document their development. This discography brings together hundreds of recordings that trace in detail the evolution of the African American musical experience, from early wax cylinder recordings made in West Africa to voodoo rituals from the Carribean Basin to the songs of former slaves in the American South. 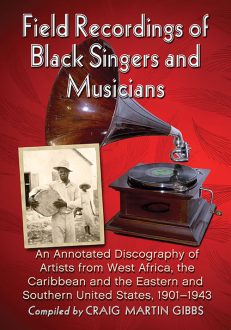 You're viewing: Field Recordings of Black Singers and Musicians $95.00
Add to cart