The roots of monasticism may go back as far as 1700 BCE, to ascetic practices in ancient India. Since that time, the monastic world has naturally developed its own extensive and distinct vocabulary. Countless volumes have been written on monasticism yet many do not clearly define obscure or vernacular terms. Some terms may be found in standard dictionaries but without in-depth explanations.
This first comprehensive dictionary—not a proselytizing work but a reference with historical and biographical focus—fills the gap, with a worldwide scope covering not only Christianity, but all faiths that have monastic traditions, including but not limited to Buddhism, Jainism and Hinduism. 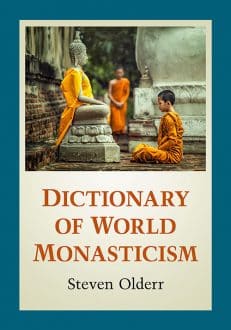 You're viewing: Dictionary of World Monasticism $49.95
Add to cart