Hampered by lack of materials, shipyards and experienced shipbuilders, even so the South managed to construct 34 iron-armored warships during the Civil War, of which the Confederate Navy put 25 into service. The stories of these vessels illustrate the hardships under which the Navy operated—and also its resourcefulness.
Except for the Albemarle, no Confederate ironclad was sunk or destroyed by enemy action. Overtaken by events on the ground, most were destroyed by their own crews to prevent them from falling into Union hands.
This account covers the design and construction and the engagements of the Confederate ironclads and describes the ingenuity and courage, as well as the challenges and frustrations of their “too little, too late” service. 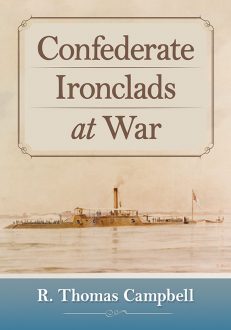 You're viewing: Confederate Ironclads at War $49.95
Add to cart