Film Trailers and the Selling of Hollywood Technology

The audience’s first exposure to a new movie is often in the form of a “coming attraction” trailer, and short previews are also a vanguard for emerging technology and visual techniques. This book demonstrates how the trailer has educated audiences in new film technologies such as synchronized sound, widescreen and 3-D, tracing the trailer’s status as a trailblazer on to new media screens and outlets such as television, the Internet, and the iPod. The impact and use of new technologies and the evolution of trailers beyond the big screen is followed into the digital era.

Keith M. Johnston is a lecturer of film and television studies at the University of East Anglia. His work on film marketing has been published in Film International, Convergence and Journal of Popular Film and Television. 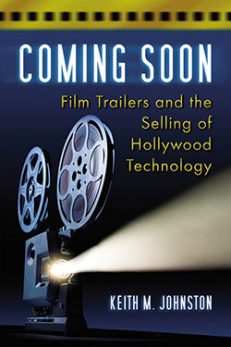