Climate change has long been a contentious issue, even before its official acknowledgment as a global threat in 1979. Government policies have varied widely, from Barack Obama’s dedication to environmentalism to George W. Bush’s tacit minimizing of the problem to Republican officials’ refusal to acknowledge the scientific evidence supporting anthropogenic climate change. Presented chronologically, this collection of important policy-shaping documents shows how the views of both advocates and deniers of climate change have developed over the past four decades.

The late John R. Burch, Jr., was the Library Director and a professor at the University of Tennessee at Martin. 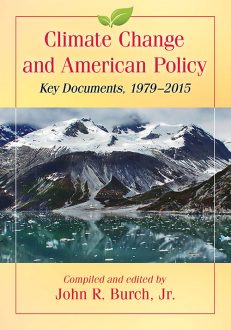 You're viewing: Climate Change and American Policy $35.00
Add to cart