This is the biography of Bud Fowler (né John Jackson), the first African American to play in organized baseball, and the longest tenured at the time that the color line was drawn. In addition to his professional playing career, which lasted more than 25 years, Fowler was a scout, organizer, owner, and promoter of touring black baseball clubs—including the legendary Page Fence Giants—in the late nineteenth and early twentieth centuries.

Emphasizing the social and cultural contexts for Fowler’s accomplishments on and off the baseball diamond, and his prominence within the history and development of the national pastime, the text builds a convincing case for Fowler as one of the great pioneering figures of the early game. 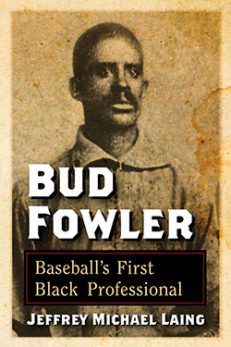