Her Life and Career

Brittany Murphy (1977–2009) was an American film, television, and stage actress, singer, voice artist, and film producer. Beginning her career, 1995’s Clueless proved to be her breakthrough film; notable roles followed in Girl, Interrupted (1999), Don’t Say a Word (2001), 8 Mile (2002), and Just Married (2003). Despite the lead in Uptown Girls (2003), the production of The Ramen Girl (2008), and a long-running voice role on the animated television series King of the Hill (1997-2010), subsequent leading roles were less successful. Her later acting years were plagued by scandal and bad press, and the once critically acclaimed actress died of pneumonia at the young age of 32, shrouded by mystery. The first to span her life and career, this biography surveys Murphy’s films, television appearances, stage shows, music videos, and public appearances in the order in which they were made. Critical reactions to and awards earned for her works are featured as is a selection of portraits, film stills and posters.

Peter Shelley is a playwright, screenwriter and author of several film books. He lives in Gosford, Australia. 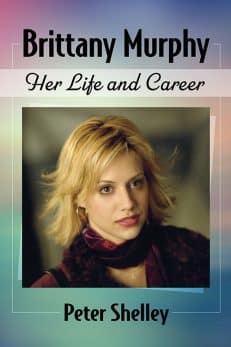