Seventeen Aces from the Major, Negro and Latin American Leagues

Baseball has had many outstanding Latin American pitchers since the early 20th century. This book profiles the greatest Hispanic hurlers to toe the rubber from the mounds of the major leagues, winter leagues and Negro leagues. The careers of the top major league pitchers to come from Central and South America and the Caribbean are examined in decade-by-decade portrayals, culminating with an all-time ranking by the author. The grand exploits of these athletes backdrop the evolving pitching eras of the game, from the macho, complete-game period that existed for the majority of the last century to the financially-driven, pitch-count sensitive culture that dominates baseball thinking today.

Lou Hernández is the author of several baseball histories. He resides in South Florida.

Part I: Outside the Major Leagues 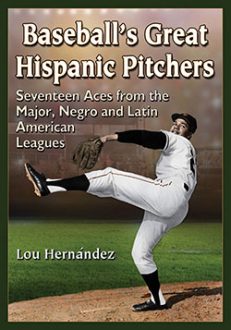