Using Him as a Fictional Character

In more than 30 novels, several short stories, graphic novels, movies, plays and poems, Ernest Hemingway has been introduced or “appropriated” as an important fictional character. This book is an inquiry into that phenomenon from various perspectives—including that of fan fiction—and deals with such questions as what, if anything, this biographical fiction adds to the dialogue about America’s best known and most talked about writer.

Ron McFarland, the author of more than 20 books, is a professor of English at the University of Idaho. 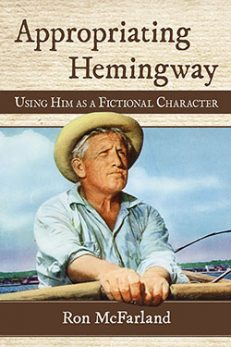