Case Studies from Reconstruction to Afghanistan

Nation-building efforts by the United States and the international community have led to both success and failure, overwhelming support and debilitating controversy. Some are motivated by national security interests; others by humanitarian concerns. They seem to have exploded since the end of the Cold War but in fact have long been used as a foreign policy tool. What they all have in common is a substantial investment of troops, treasure and time. There is no formula—each operation is unique, with lessons to be learned and trends noted. Examining the history of America’s experience, this book describes the mechanisms behind what often appears to be a haphazard enterprise.

Kevin Dougherty, a retired Army lieutenant colonel, is the assistant commandant for leadership programs and an adjunct professor at The Citadel in Charleston, South Carolina.

Robert J. Pauly, Jr., is an associate professor of international development at the University of Southern Mississippi, focusing on U.S. foreign policy, national security and the Greater Middle East. 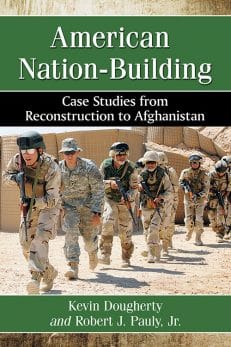