Personal Accounts of the Battle

Nearly 900 African Americans fought in the Battle of Iwo Jima, but accounts of their service have gone largely unrecorded. This book seeks to correct that omission for the sake of the brave Americans who served and for the sake of a more inclusive American history. Eleven veterans contribute their memories and experiences, starting with their youth in the Depression, their enlistment, the battle itself, and their experience of returning to a nation that continued to treat them as second-class citizens. Appendices include a history of the Montford Point Marines, a history of the Army’s 476th Amphibian Truck Company, a chronology of the Battle of Iwo Jima and a task organization chart for the participating U.S. forces. 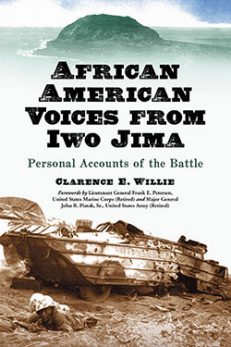