The Red Skelton Show was on the air for 20 years, the longest-running primetime network comedy variety series on television. It was a top 10 series for nine years—an accomplishment surpassed only by Gunsmoke and Home Improvement. The series has a few unimpressive achievements too, such as becoming the first top 10 series to be cancelled by a network.
Here is the history of The Red Skelton Show, beginning with its debut in 1951, one of the top five that year. The show then declined in popularity, moved from CBS to NBC in 1953, slowly rose back to the top. In its glory days of the 1960s it became an hour long show and finished at number two in two different years. The cancellation of the show by CBS in 1970 despite its place in the top 10 was a surprise; the last season back with NBC was a failure. Appendices list cast and crew credits and special guests by season, and offer information on the post–Red Skelton lives of many of the principal players.

Wesley Hyatt, a senior writer with MMI Public Relations, has also served as a television historian and consultant for several media sources. He is the author of several McFarland titles and lives in Durham, North Carolina.

Appendix C: Whatever Happened to…? A Select List of

“the only essential book I’ve ever found on Red Skelton is this enlightening series history…an abundant supply of original source materials and the input of many of the show’s cast and crew”—Big Reel; “evenhanded account of the 20-year-long rise and fall of the Red Skelton show”—Communication Booknotes Quarterly; “the most accurate and informative book on the popular show”—Scarlet. 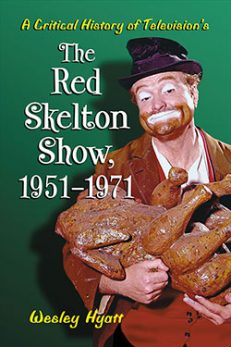