The Ages of The Flash

Essays on the Fastest Man Alive

While many American superheroes have multiple powers and complex gadgets, the Flash is simply fast. This simplicity makes his character easily comprehendible for all audiences, whether they are avid comic fans or newcomers to the genre, and in turn he has become one of the most iconic figures in the comic-book industry. This collection of new essays serves as a stepping-stone to an even greater understanding of the Flash, examining various iterations of his character—including those of Jay Garrick, Barry Allen, Wally West and Bart Allen—and what they reveal about the era in which they were written. 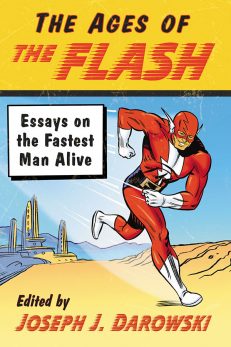