After receiving his draft notice on March 5, 1941, 21-year old Alex Kunevicius harbored dreams of joining George Patton’s First Armored Division. Instead, he was placed in a noncombat Army Ordnance Company and taught to repair weapons, an assignment in which he initially saw little glory. After Pearl Harbor, however, he and his fellow technicians proved indispensable by keeping American guns firing during the invasion of island after island in the South Pacific. In this memoir, Kunevicius recounts his experiences as an ordnance man, from the ocean voyage to the Pacific Theater to years fighting heat and disease as his unit provided critical maintenance for assaults on Guadalcanal, the Solomon Islands, and other targets while withstanding endless air raids and shelling. His recollections offer a vivid portrait of life behind the lines and reveal the enormous value of support positions to the war effort. 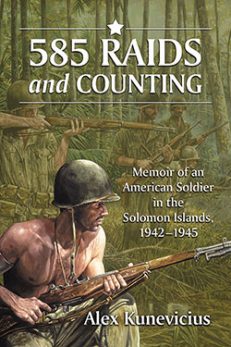